I Got Sunshine on a Cloudy Day 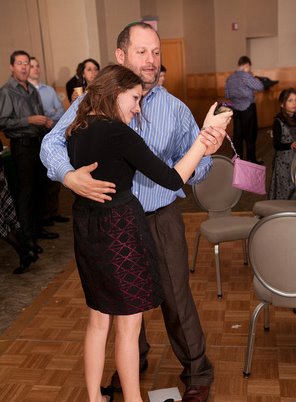 Amanda is graduating High School next week.   She’s the oldest of three and her parents could not be more proud.  But, especially her father. What is it about fathers and daughters?   Anyway, her parents are making special arrangements to make sure they do not miss the big day.   They will be sitting in the front row, wiping away tears, and applauding their little girl, along with all the other moms and dads.   If this seems unexceptional, consider that Amanda’s father is Phil Mickelson, one of the greatest professional golfers of all time, and he will be missing the U.S. Open to attend his daughter’s graduation.     Phil has won 5 major championships but the US Open title has always eluded him.   This was potentially his last best chance.   If you believe him,  it was not even a close call; nothing would keep him from watching his daughter accept her diploma.

You see, my little girl is also graduating high school.   This week.  Then, a quick summer job and she’s off.   A gap year abroad.   Then college.  Then the world.

This isn’t my first rodeo.  (see, https://ariweisbrot.com/2015/06/10/one-last-thing-before-you-go/).  But, I find myself utterly unprepared for this moment.    I find myself thinking about the precious, fragile, squeaky little lady who entered the world with barely a contraction and then grew up to captain her high school hockey team.  Benny was always my little buddy.   But, Hannah was my princess.  It wasn’t just a pet name.   It defines our relationship.   I treasured her successes more than my own.   I cried at her heartbreak.  I counted every goal she scored and beamed at every report card.

Hannah is unlike my other children – – or most children I know.   Dissatisfied with her grammar school grades, she took it personally.   Yada yada,  4 years later she is accepted to every college to which she applied.   All top tier institutions.    She was a bit of a goal-hang in grade school hockey but the fire burned in her eyes.  4 years later she owns two championship rings – – scoring the winning goals in both games.

I think about those things and sleep easy knowing that she is ready.   But, for some reason, I cannot  shake her scent.  I mean that literally.  I smell her everywhere I go these days.   Her perfume.  Her soap.  Her hockey jersey.  Her pillow.  Like she’s standing next to me.

It’s not sugar or spice.  It’s not everything nice.   I now know that this is a lie, perpetuated by Robert Southey in 1826.   It’s a blend of 18 years’ worth of sweat and tears.  It’s pride and kindness.  It’s self-worth and self-doubt.  It’s boundless energy with a pinch of fear.  It’s the sweet smell of a lifetime of  successes.  And the stink of failures, left in the rearview mirror in pursuit of the next adventure.  It’s love.  A whole lotta love.   You think those things don’t leave a scent?  Please, stop and take a whiff of your children.  Store the memory deep within the recesses of your brain.   Because you will be searching time and again for that smell.   And, before you know it,  it will be gone.

Have no fear, Princess.  You got this.   By this, I mean life.   Keep fighting for yourself.  For your friends and family.  For your people.  For the things that matter to you.  More than most, you have everything you need for Phase 2.

You made us proud.  Now go.  Before I change my mind.

Ari is a partner in the Litigation Department of an historic and renowned law firm located in New York. He has been featured on CBS Radio’s Wall Street Journal Report, quoted in legal and non-legal periodicals, and has been recognized as a “SuperLawyer” in New Jersey and a "Top Ten Lawyer to Watch" in New York. Mr. Weisbrot is a true “client’s lawyer,” representing a diverse range of clients from among the largest retailers in the United States to smaller local businesses to religious and charitable organizations. Ari was appointed by Supreme Court of the State of New Jersey to a three-year term of service on the Committee on Character. The Committee determines the fitness to practice law of each candidate for admission to the Bar of the State. Mr. Weisbrot also continues to serve on the District Ethics Committee (IIB - Bergen County), which operates under the auspices of the New Jersey State Office of Attorney Ethics. Mr. Weisbrot has been awarded an 'AV' rating for his professionalism and the quality of his legal work from Martindale-Hubbell, the premier directory of legal professionals, and has been selected by his peers as a Super Lawyer. In addition, Mr. Weisbrot has written several articles on commercial litigation, which have been published in the New Jersey Law Journal and the Metropolitan Corporate Counsel. A Former New York City prosecutor, Mr. Weisbrot is a graduate of Fordham University School of Law, where he was a member of the Urban Law Journal and a featured columnist in the Law School newspaper
View all posts by aweisbrot →
This entry was posted in Uncategorized. Bookmark the permalink.

1 Response to I Got Sunshine on a Cloudy Day